Several new products we’ve just released, designed by Barry Goralnick, have shapely Asian Influences. To view the product profiles, simply click on the images. You can see the entire Barry Goralnick Collection, that includes a new piece in his Artemis family of furniture, on our website. We asked Barry to explain the history of the style, which is what led him to explore it beyond the aesthetic details to which he was drawn. 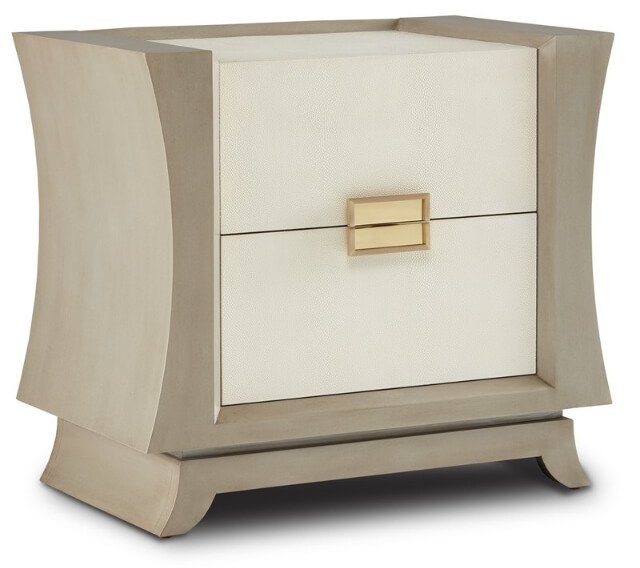 The Koji Nightstand is one of Goralnick’s new introductions that exhibits Asian influences.

“Asian inspired motifs in western design predate the Silk Road, which spawned an exchange of ideas between Asia and Europe,” he explains. “Food, religion, literature, plants, colors, material, language; and, yes, design were among the lifestyle elements that were traded.” The modernization of Asian style has significant pedigree, he goes on to say: “One of the heydays of the inspiration for Asian culture in design was during the 17th and 18th centuries when the number of trade routes increased. By the 19th century, one-fifth of the world’s population was under the trading influence of the British East India company. By this time, the aesthetic had been dubbed Chinoiserie, and it was melded with the Rococo Style by tastemakers of the time like Louis XV of France and King George IV. Both were known for blending those styles.” 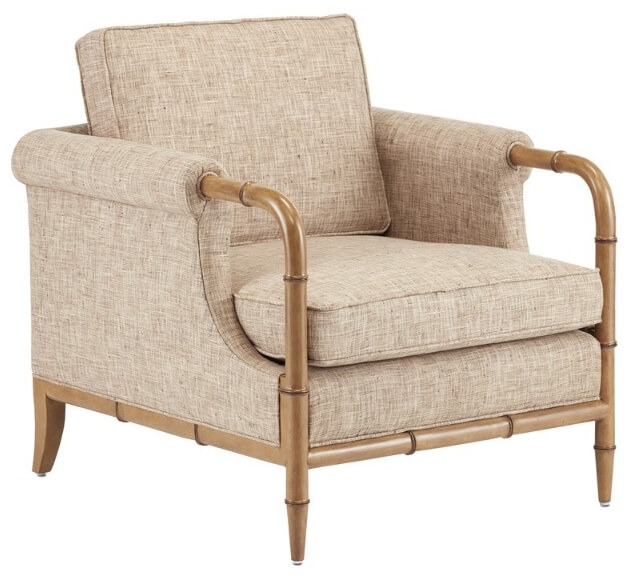 The Merle Finn Safari Chair, designed by Barry Goralnick, is new in Spring 2022.

He brings the style forward even further: “In the Royal Pavilion in 1787, the Prince of Wales, later King George IV, had many pieces of faux bamboo. They were a creative mashup of Oriental motifs and European forms with an Oriental veneer. Japan was opened to the West by America in 1858, and Europe followed suit. The world quickly embraced the design details and quiet simplicity.” 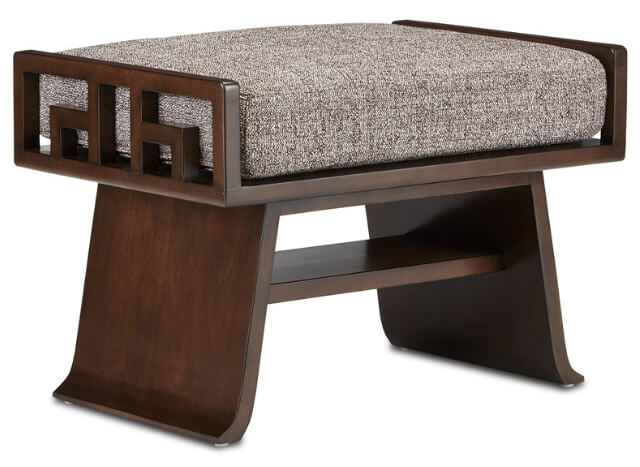 Barry’s Hari Swagger Cocoa Ottoman is one of his pieces that combines both Greek and Asian influences.

In contemporary times, he explains, the aesthetic absorbed other styles: “From the 1920’s through the 1950’s, spanning the influences of Art Deco, Hollywood Regency, and Midcentury design, Asian aesthetics had an important influence on furniture design, as can be seen in films of that era. Elsie de Wolfe, Billy Hines, and Dorothy Draper all incorporated motifs into their deigns. The Hollywood elite wanted to decorate their homes to match the lavish lifestyle of film, and that was eventually adopted by the general public.” 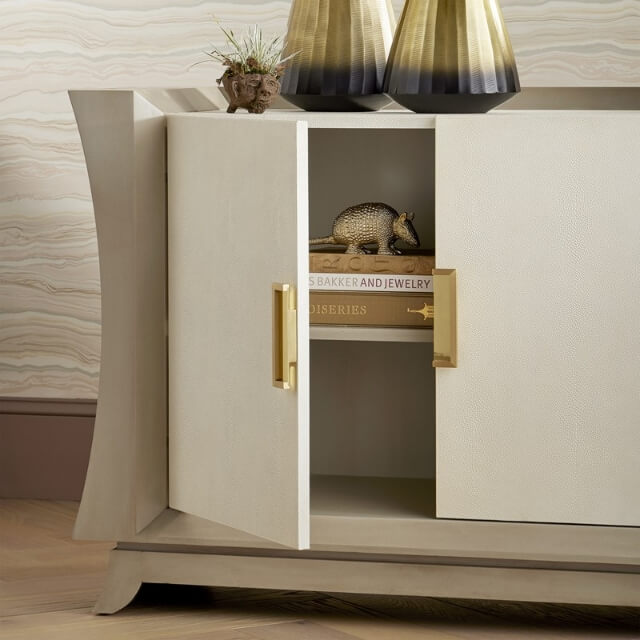 As we noted in our material spotlight on Shagreen, which covers portions of his Koji pieces, the popularity of this material is also attributed to Asia. About these, he says they have a serene presence with their curved sides and feet that emulate calligraphy shapes found in Asian characters. About the Greek Key motif that adorns the Hari Swagger Cocoa Ottoman, he says, “The universal form, originally called the Meander, was found in ancient civilizations all over the world; interestingly, in cultures that could not have known one another.” We’d like to thank Barry for this important primer on Asian influences and for being such a dynamic part of our design team.