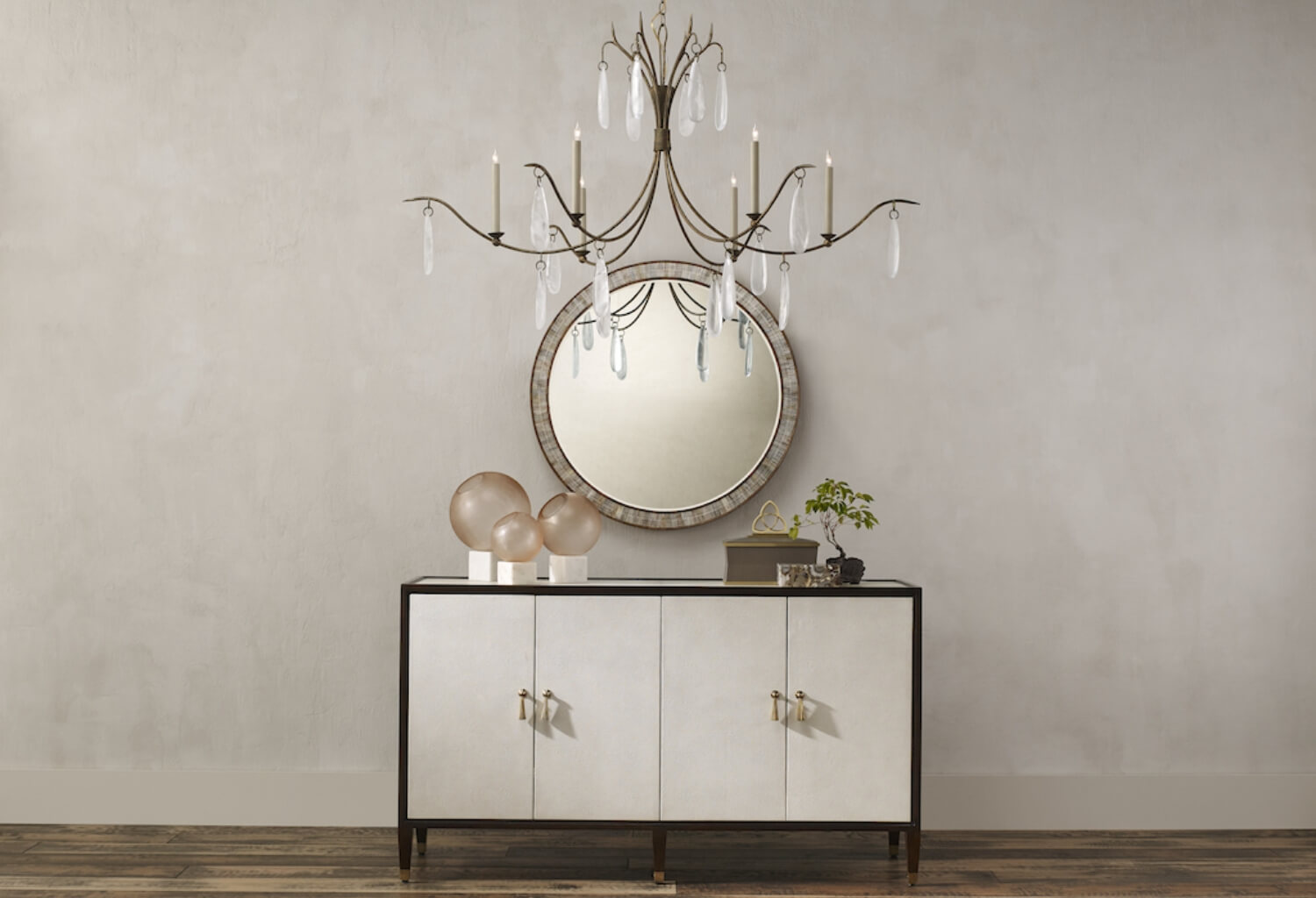 The Jazz Age Roared Forth

A century ago, America had a few things in common with our current state of affairs. As the 1920s dawned, the world was putting a pandemic behind it and the modern economy sprang to life in what was dubbed the Jazz Age. The roaring era is now associated with neoclassicism, Dada, stream of consciousness, and a host of other adaptations that fused to become Modernism. In his book Body and Soul: The Making of American Modernism, Robert M. Crunden points out that these advancements began just as women were beginning to vote.

Femininity During the Jazz Age

Pencil Cups by Shandell’s will be available in our showroom during High Point Market.

On the blog today, we celebrate International Women’s Day, which was yesterday, with the 20’s Contemporary theme that celebrates the glamour that exemplifies the Jazz Age, identified by our Vice President/Creative Director Cecil Adams as trending on the current design scene. The aesthetic is softly feminine and classical in its detailing. It’s true that women who took the Roaring 20’s by storm were flappers who roughed it up on dance floors around the world, their tiered skirts studded with rhinestones or made of fringe flinging as they kicked and flicked to the muted sounds of trumpets. But the upper-crust among them had glamorous and sophisticated interiors with art deco being a major theme. 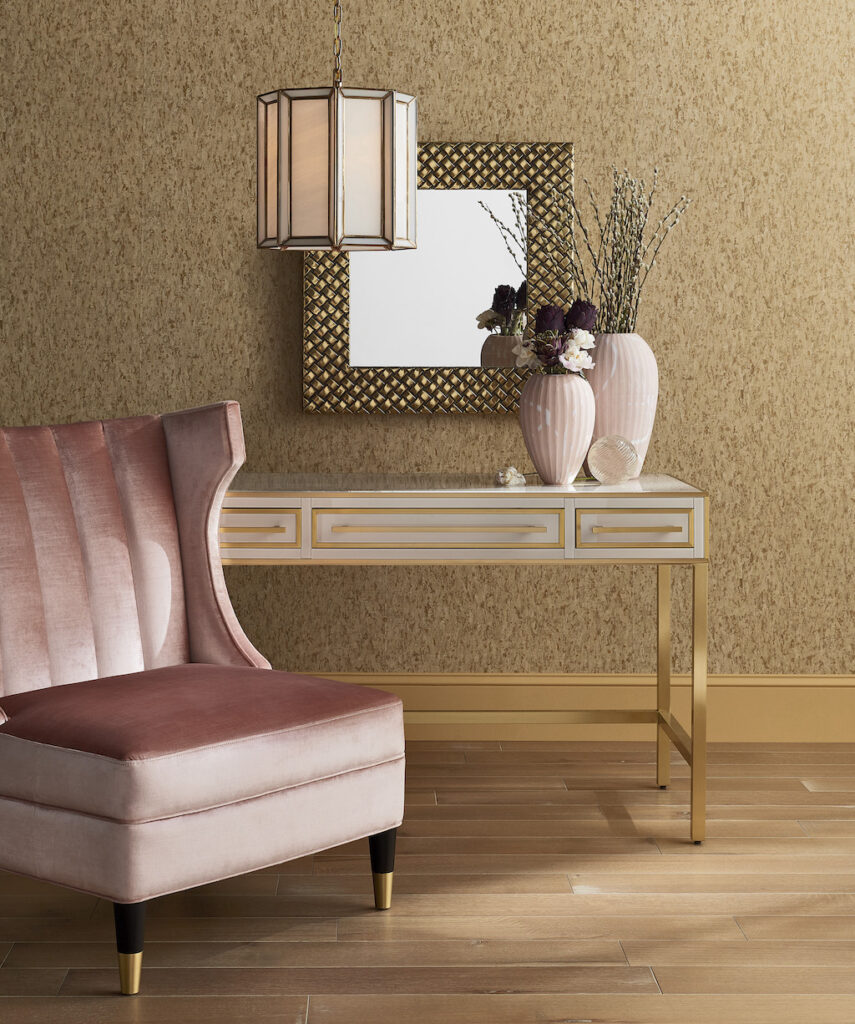 The Jacqui Ballet Slipper Chair in a vignette with the Arden Ivory vanity as its centerpiece.

As we find ourselves in the 2020s Contemporary era, fashion-wise, anything goes; and our interiors are more eclectic than at any other time in history. Music is as varied as is our global culture, which was just beginning to be born with the escalation of commercial airline travel then. It would still be several decades before globetrotters like F. Scott and Zelda Fitzgerald could ditch steamer ships and wing their way to Europe, but air travel in the U.S. was on the rise and it was a fashionable affair with women in cloches and men in suits.

Here are a few of our winter introductions with feminine flair that would have been adored during the Jazz Age. 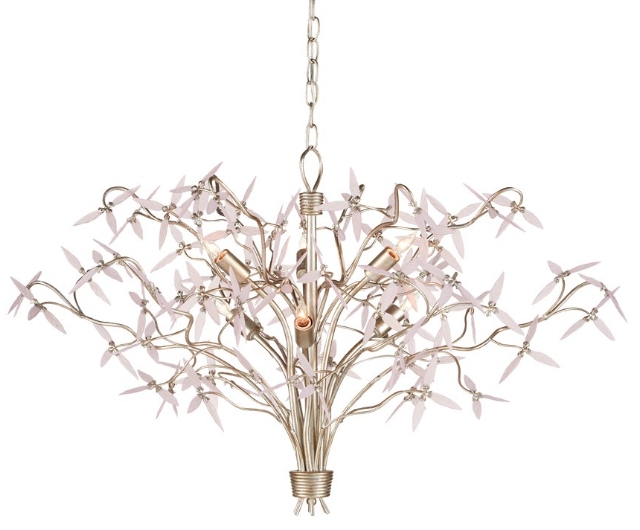 With leaves shaped like a butterfly bush but in the palest pink, the Gloriana Chandelier inspires thoughts of fairy wings applauding their queen. These pointed adornments are made of frosted opaque pressed glass. The Silver Granello finish on the wrought iron frame adds to the gleaming profile that these opalescent floral motifs bring to the pink chandelier. 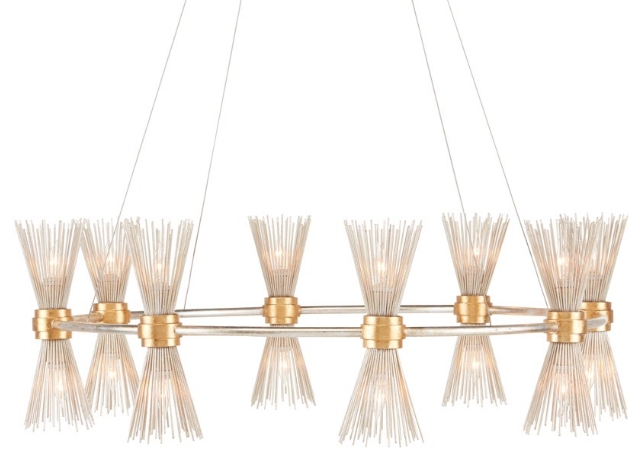 Exploding from articulated clasps, the shades of the Novatude Chandelier effervesce like spritzing stars. What makes this design dramatically beautiful is that the entire composition is made of wrought iron, even the thin ribs that make up the shades. The body and clasps of this piece are in an antique gold leaf finish, while the spikes covering the bulbs are in a gleaming contemporary silver leaf finish. We also offer the Novatude as a floor lamp, both designed by Tom Caldwell. 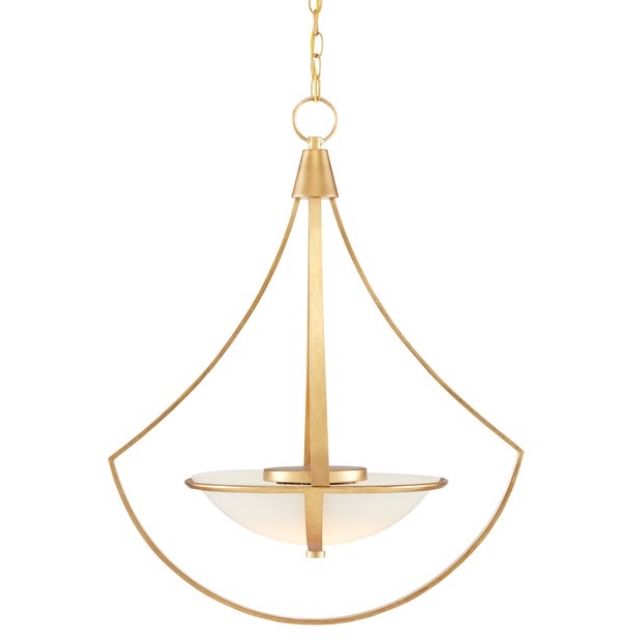 Designed by Clarence Mallari, the Iberia Chandelier is one of the fixtures in our lineup that is fitted with LED technology. But this engineering savvy hasn’t disrupted the gracefulness of the gold chandelier. The way he created the bell shapes in graduating sizes is a design detail of note. The wrought iron in a contemporary gold leaf finish gleams as does the diffuser, which is made of composite. 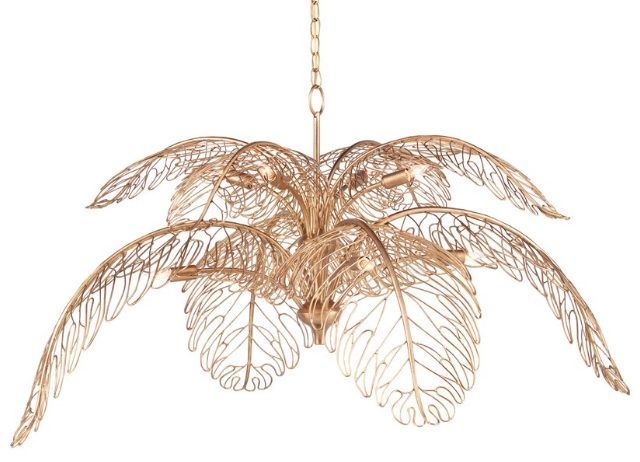 With its Italianate influences, the Taormina Chandelier is a handmade wonder. The metal wire from which it is made is hand-formed. Creating delicate leaf shapes from wire made of wrought iron is no small feat. The new brass finish on the gold chandelier brings it a warmth, though the composition remains light and airy.

Our Era Versus the Jazz Age

The Aster Desk paired with our Ines Mist Ivory Chair, which is one of our bestsellers.

As the Jazz Age was interrupted by the Great Depression, no one knew how history would view the era that saw the rise of some of the world’s greatest trumpeters and the esteemed group of expat writers living in Paris dubbed the Lost Generation. We are equally myopic when it comes to understanding how our time will be viewed a century from now, as any culture is when experiencing life in real time. At the very least, we will all be able to say there were among the companies of our era a number of trumpeters of refined design, and we strive daily to be one of those.

← Cerused Wood for a Fine Finish