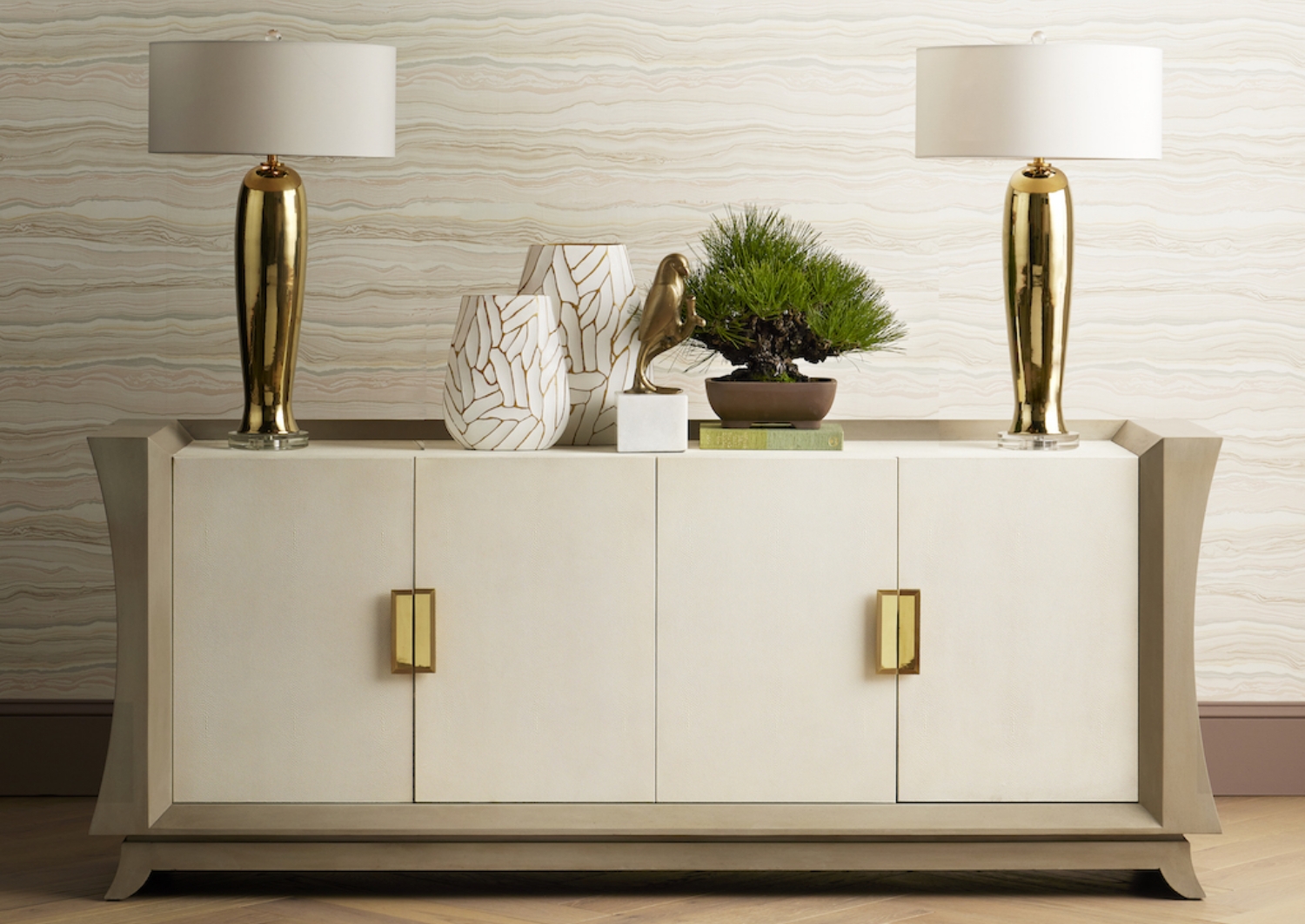 The Beauty of Shagreen

New in our spring introductions are several pieces covered in shagreen. The Koji Credenza and Chest designed by Barry Goralnick join our longstanding popular offerings in our Evie family of products clad in pale hues of it. We source the material we use on our furniture and mirrors in both Vietnam and Indonesia. We asked our Director of Furniture Aimee Kurzner to tell readers what initially drew her to the material, the evolution of which we share below illustrated with images of our products ornamented with it. To visit the product pages for each, simply click on the photo.

The Beauty of Shagreen

The Koji Credenza and Chest, new this spring, are covered in faux shagreen.

“Shagreen has been a luxe decorative material for centuries, truly the pinnacle of luxury,” she says. “The pebbled pattern brings an added visual texture and richness to furnishings that we like to use on certain designs. You can dye or finish real and faux shagreen to create various colors; currently we have two ivory finishes in the line.” While the pieces in the Evie lineup are classically tailored, Goralnick was inspired by Asian influences for his two new pieces, shown above. 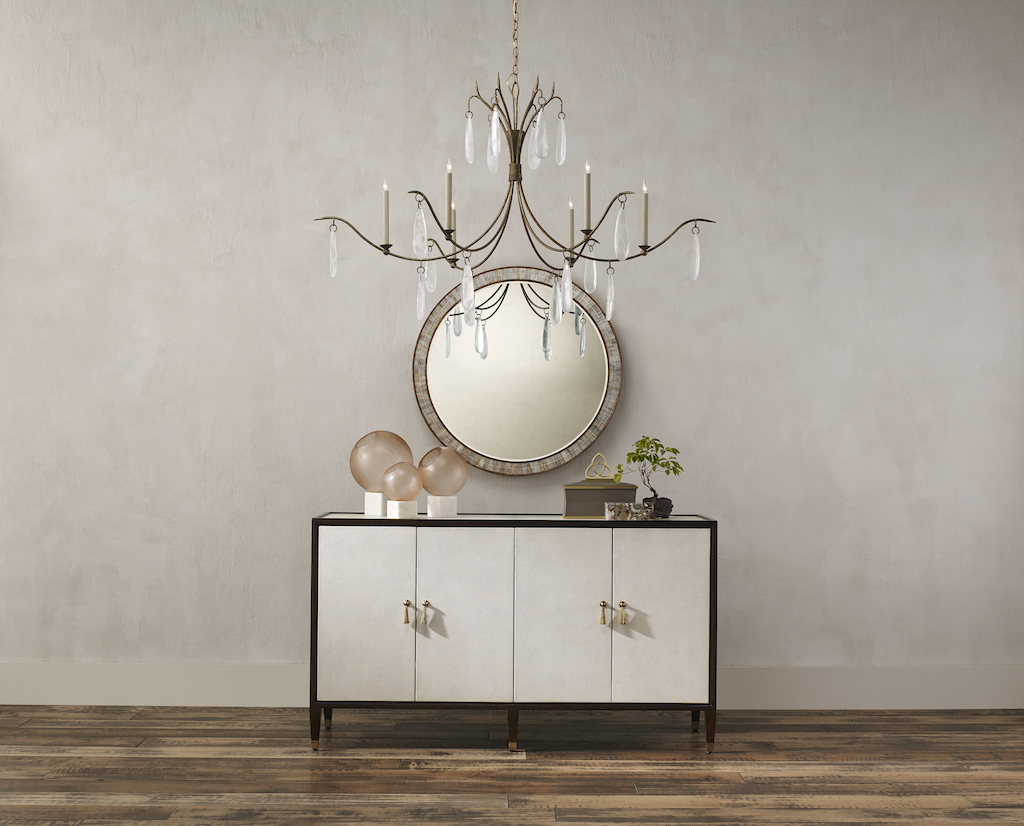 The Evie Credenza is one of Currey & Company’s bestsellers.

Shagreen was originally harvested from the skins of sharks, stingrays, or dogfish; and has always symbolized splendor. History suggests that its earliest uses were for the handles of Japanese Samurai swords during the Middle Ages, the pebbly softness that is also extremely tough cushioning the handles to provide a necessary grip while also denoting opulence. Because the material is so strong, it was also being used at the time for grating wasabi root into a paste. 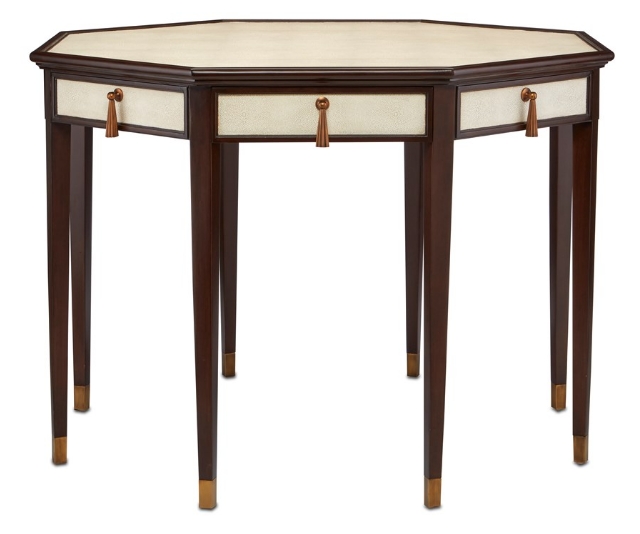 The Evie Entry Table is an octagonal table with four drawers with ball-bearing slides.

It wasn’t until 16th century when evidence of string-ray hides as a decorative material was uncovered across Europe. Shagreen chests and trunks, which were being imported from Japan, were clad in the rarely-seen, textured skins. Its popularity waned until English and Dutch craftsmen took a renewed interest in it and began using shagreen as a covering on trinket boxes, knife handles, and shaving kits. The Dutch word for ray skin (rochevellen) first appears in the shipping lists of the Dutch East India Company around 1634 when the purveyor was importing products from Japan. 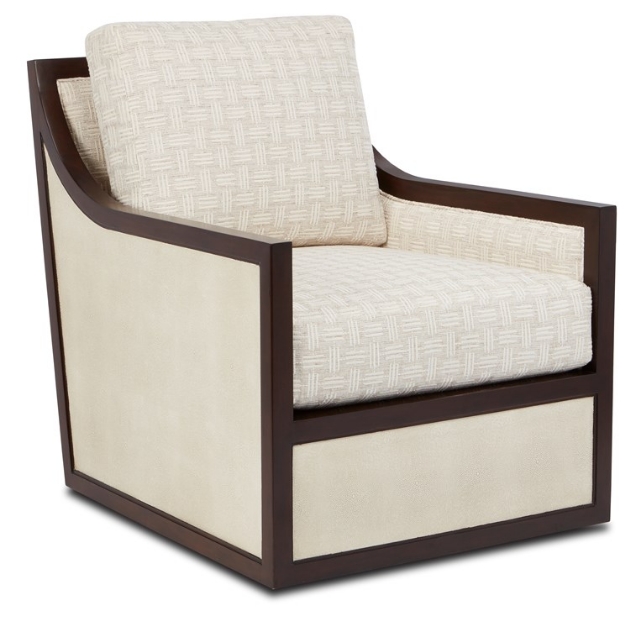 The Evie Bone Swivel Chair is a roomy club chair inspired by vintage shagreen furniture from the 1920s.

This coincided with the introduction of dye to fabric and furniture, which explains why most decorative objects covered in shagreen were in shades of jade, sage, and emerald green early on. Towards the middle of the 18th century, shagreen saw yet another surge in popularity thanks to Madame de Pompadour, who was the chief mistress of Louis XIV. The courtier invested in numerous pieces from Jean-Claude Galuchat, the king’s master leather artisan. Napoleon III loved the material so much that he covered his bedroom walls with green shagreen during the 1860’s. 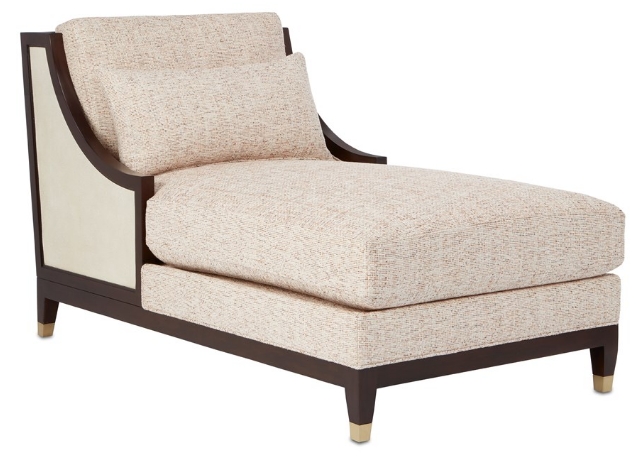 The Evie Rosada Chaise is made of mahogany in a dark walnut finish with side and back panels covered in ivory faux shagreen.

Famed decorator Syrie Maugham used shagreen in her interiors during the 1920’s. Among her clients were Jean Harlow, Noël Coward, Elsa Schiaparelli, and Babe Paley. In revolting against Victorian dreariness, she went even further than Elsie de Wolfe, who was the first designer to part ways with dark interiors that had been the norm during the previous era. Maugham favored rooms dominated by white, though she did add pops of jewel tones to her monochromatic rooms. Joining shagreen as one of the hallmarks of the Art Deco interiors she helped to popularize were fringed sofas, chrome, room screens, and pickled and painted woods.

The Evie Desk in a vignette that illustrates the luxurious feel of the material.

During our contemporary times, we have seen a rise in the popularity of faux shagreen made from stamped leathers and other leather-like materials, which is due in part to public consciousness about using real skin or hides for products. The environmental concerns expressed by those who are squeamish about using animals for any lifestyle elements have pushed real shagreen out of popularity except with the highest-end designers working today. Many professionals who choose to use faux shagreen point out that it can be more durable than the real animal skin. We hope you’ve enjoyed this glance back at the evolution of this amazing material. We found a remarkably succinct article chronicling its ebbs and flows throughout history on the Ebenist.org.