Today, we’re calling once again upon Jean-Charles Chappuis, our resident expert in “all things accessories,” to share with our readers a bit of the history of celadon. We thought this would be apropos because we are so proud of the quality of our celadon vessels that are included in our Currey & Company accessories. In explaining what makes the glaze so special, Jean-Charles didn’t disappoint! 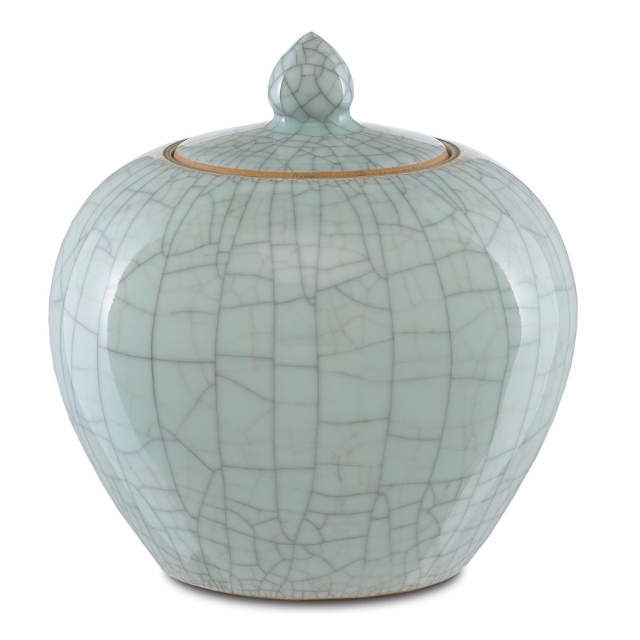 Our Maiping Ginger Jar with its beautiful celadon surface

To illustrate the beauty of this treatment, we present our Maiping family of accessories. Our celadon pieces on porcelain have hand-thrown bodies that are baked and then given a light thermic shock to create the crackled lines in the texture. Some lines on the pale green jar are darkened with real tea leaves while others are covered with black calligraphy ink to create depth in the porcelain.

A Brief History of Celadon 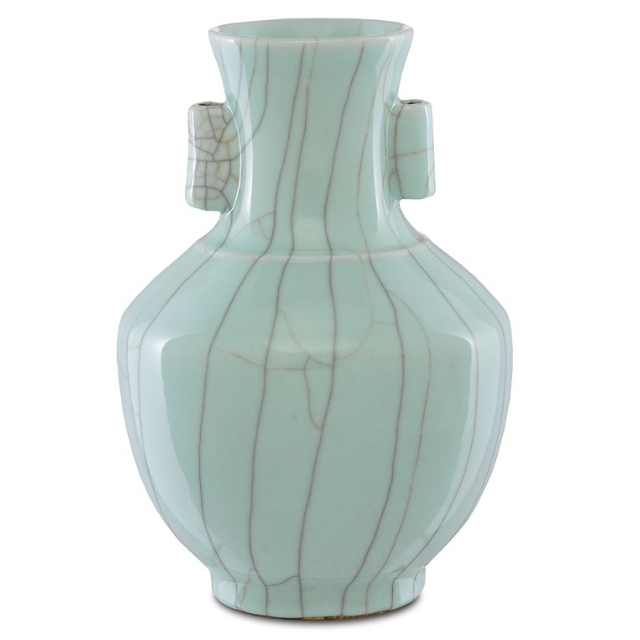 Jean-Charles tells us that celadon is produced both on stoneware and porcelain. It is particularly valued in China, Korea, Thailand, and Japan where it was the primary choice of the Imperial courts for centuries until fashion changed and there was less desire for monochromatic pieces and more for hand-painted figurative pieces. First made in the Han Dynasty in China between 206 BCE and 220 CE, the glaze produced was darker, similar to an olive green. During that time, the kilns of China became important celadon producers.

Celadon was exported to India, Persia, and Egypt during the Tang Dynasty, to most of Asia during the Song and Ming Dynasties, and to Europe beginning in the 14th century. Most of the exported pieces in celadon ware were containers that held alcohol or preserved food. What made the surface so popular was both its beauty and the fact that it resembled jade. Adding to its popularity was a widely believed superstition suggesting that a celadon dish would break or change color if poisoned food was placed in it.

The color of celadon has evolved and improved over the centuries since. The golden age of celadons came during the Song Dynasty in China when the kilns of Longquan produced the wares. It’s during this era when artisans grew more adept at applying a wash of slip to the body. As they perfected this process of covering the surface with the liquefied clay that contains a highly sensitive proportion of iron, the light jade-green hues grew more uniform. Celadon is so precious because not everyone can produce the effect. In fact, the process has a mysterious quality about it that involves a secret formula passed from generation to generation. This know-how helps producers control the very reactive glaze—one slight change in the process will result in a failing of the color.

Surviving wares from ancient times include large dishes, bowls, and large vases. The glaze of these works, superb in quality, is a translucent green color with a thick viscous and a high gloss, which creates the milky effect of the light-green hue. Traditional celadon colors can vary from light jade green to a light green-blue, and can sometimes appear as such a pale green it reads as almost white. One thing that is consistent across many styles of celadon glazes is a fine web of crackling in the glaze. 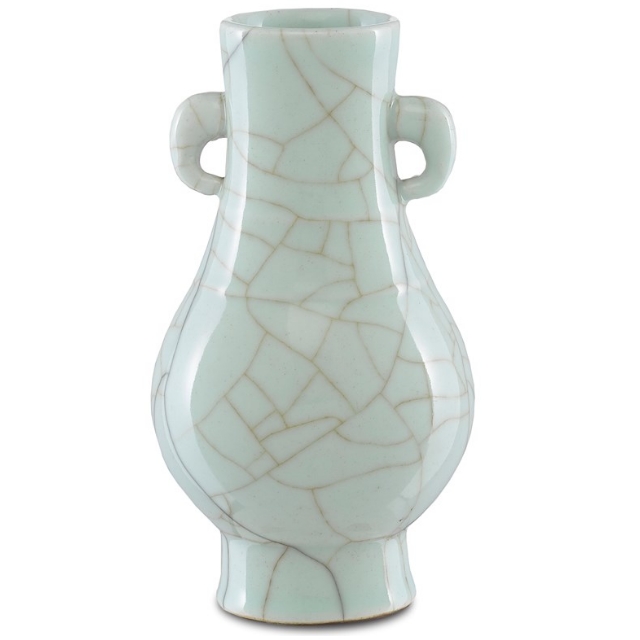 Originally, crackling occurred because the very particular glaze coating would shrink with heat in the oven more rapidly than the clay body during firing. When the glaze shrank faster than the body, a web of cracks, sometimes called “crazing,” flowed along the body of the vessel. This web is hardly visible in most of the celadon glazes at first and only appears gradually with use, the cracks darkened from a build-up that results from normal handling. Celadon lovers celebrate these crackles as an aesthetic blessing.

As Jean-Charles notes, the accessories we have brought to market with a celadon glaze instantly become newly born antiques when they are made. We’d like to thank him for sharing his expertise with us.